Dr. Christopher Puzio is a veterinarian in Rockland County and the medical director at Rockland Veterinary. 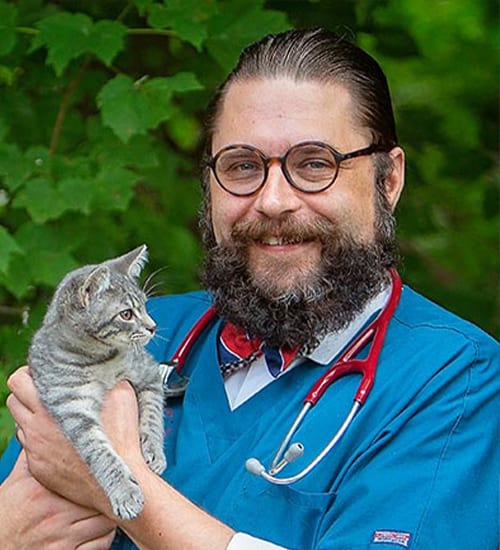 Dr. Puzio grew up in suburban Bergen County, NJ. As a young boy, he knew that he would work with and help animals. Dr. Puzio graduated with a BS in Animal Science from Cook College-Rutgers University and with a Doctor of Veterinary Medicine with a Masters in Veterinary Pathology from the University of Missouri-Columbia. He has worked hard to bring state-of-the-art veterinary medicine and impeccable client service to the residents of Rockland County.

Dr. Puzio lives at home with his son, Noah, and four rescue animals: an Italian Greyhound named Pickles, an Australian Shepherd named Daphne, a Pomeranian named Captain Jack Sparrow and a Terrier Mix named Buster. In addition to his companion animals, Dr. Puzio also has a small family of birds, a Kenyan Sand Boa and a Gargoyle Gecko.

We are now accepting new patients!

At Rockland Veterinary we are passionate about animals and enjoy helping cats and dogs feel well. Contact our vets in Rockland County today to schedule your furry companion's first appointment!